Pink is not the first color to pop into anybody’s head when F1 racing is mentioned.

However, one brave team has chosen Pink as their team color in order to raise awareness about something that’s more important than winning races – putting an end to breast cancer. 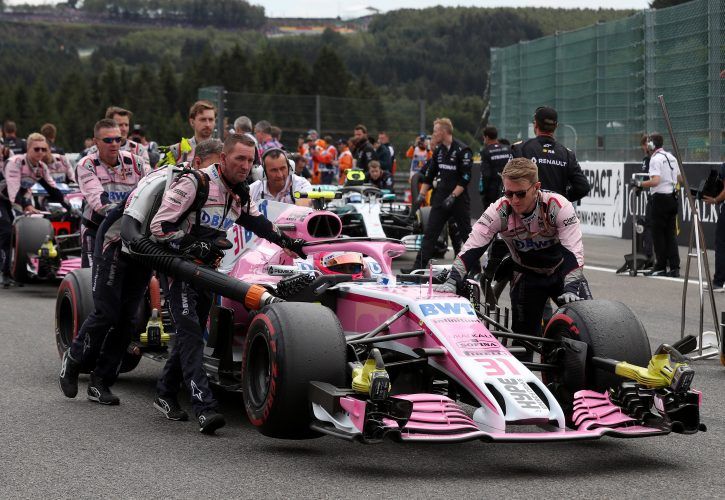 Racing’s millions of fans all over the globe showed their support for Racing Point Force India’s plight for survivors. By midyear, they’ve already beaten their 2018 goal by raising £165,000.

Aside from raising money for research and support, the team’s main goal is to raise awareness. They plan to use the sport’s ability to reach fans from all over the world to do just that. In a recent interview, Racing Point India’s Commercial Director Steve Curnow said,

“We are immensely proud of what we have achieved so far in partnership with Breast Cancer Care. Their work is making a real difference for all those affected by breast cancer and we are doing our part to increase awareness not only of Breast Cancer Care’s contribution but also of the personal stories of the individuals who have been touched by this disease.

The racing team is proud to hit the tracks with their pink car.

Alongside the black, blue and reds, their standout car is sure to get the attention of fans. This is exactly what both parties want to achieve.

The most recent fundraising event was held during the British Leg of the Grand Prix at Silverstone.  Aside from the amazing race, there were also auctions and raffles designed to raise money for breast cancer research. Furthermore, four survivors’ names will be printed on Racing Point Force India Cars throughout the season.

Two names have been unveiled during the British Grand Prix: Carter Baldock-Hybbard and Stuart Weaver, who is currently fighting against Stage II breast cancer. Weaver, is honored to be chosen as the voice of millions of men around the world who are also affected by the disease.

Breast Cancer doesn’t discriminate between the sexes or economic status. This is why it is important to get the message out there by any and all means possible.

Catch the unveiling of the last 2 names on the US Leg of the Grand Prix!