After getting the all clear from the doctor, what do you think is the first thing a breast cancer survivor would do?

Joining a dragon boat festival thousands of miles across the Atlantic may not be on the top of the list. But a group of adventure seeking breast cancer survivors from North America is making their way to Italy in July to do just that.

The appropriately named Dragon Divas will be competing against 129 teams from 18 countries at the 2018 IBCPC Dragon Boat Festival. The International Breast Cancer Paddler’s Commission is a non-profit organization that encourages paddling as a rehabilitative activity for survivors. Since its inception in 2005, it has made its way across 5 continents and helped thousands of breast cancer survivors regain their sense of self and community through the sport. 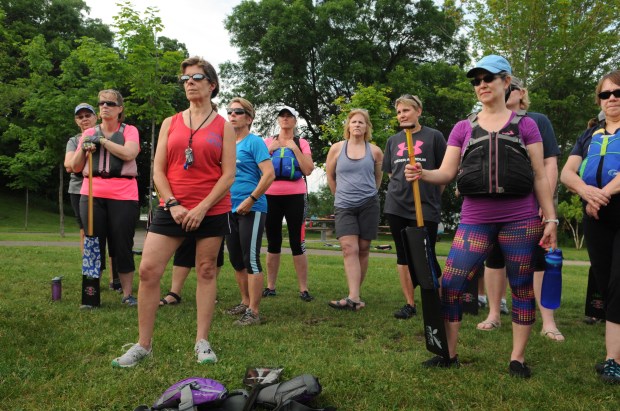 This is exactly what the Dragon Divas found when they joined the team. Composed of 40 survivors coming from different parts of North America, the ladies are determined to show the world the fruit of their hard work. These women come from all walks of life and found a new beginning with the Dragon Divas.

Sandra Rosenberg has been cancer free for almost 20 years. Despite her doctor’s warning about being involved in such a rigorous sport, Sandra credits her survival to dragon boating. Back then, doctors would discourage survivors from rigorous sports for fear that the swelling may not subside. However, Sandra proved her doctor wrong- the swelling subsided faster when she started the sport. Since then, her doctor began to encourage his patients to join a Dragon Boat team.

Aside from having a sense of community and teamwork, Dragon Boat has many physical benefits.

It strengthens the core, improves arm and leg strength. Best of all, it encourages survivors to spend a lot of time outdoors.

In 2005, Sandra and three of her survivor friends founded the Dragon Divas in Minnesota. Now, they have over 40 members ranging from 40 to 60 years old. This diverse group of women is not gearing up for the very first IBPC Festival held in Europe. The group meets three times a week with many driving 2-3 hours to get to their venue. This is a testament to the team’s dedication to their craft.

Team Captain Kress leads the women in rigorous practice drills to get them ready for the event. Although the IBPC Festival is a non-competitive event, Captain Kress wants to make sure that her team’s hard work would be on full display. 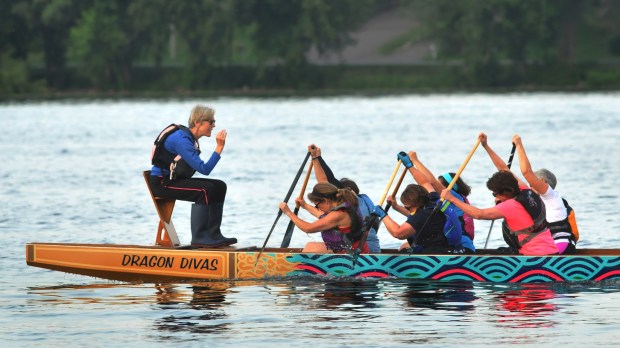 Kress wanted her team to regain their confidence after a dismal performance at their first festival. After finishing last, they have slowly improved their place in the IPBC festivals. This year, they are aiming for the top spot.  With their determination and hard work, the world is rooting for these ladies to win big in Italy. As they say, “One … two. Stick … together. Stay … patient.”